A Cut Above - Interview by The Star SMEBiz

Khoo Yee Her was a distributor of the cutting tools used in various industries when he decided in 1996 to manufacture them instead. Many were the Doubting Thomases, but within two years, he had acquired the expertise. And another two years later, he was exporting to 35 countries, writes LIM WING HOOI. 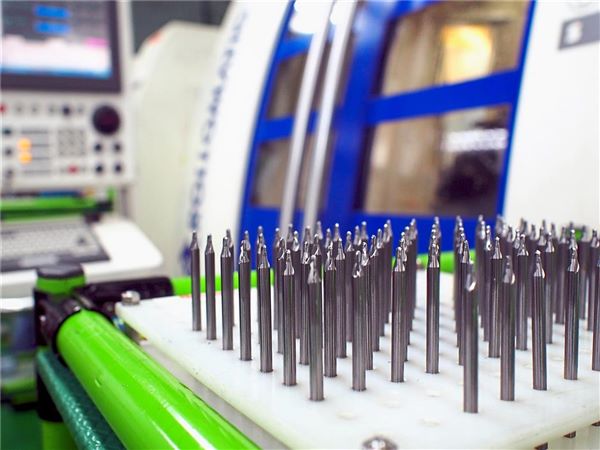 The company create 50 to 60 new cuttting tools every year.

The precision cutting tools manufacturer says every step in life is an opportunity and “I am someone who likes a challenge”.

When Khoo first graduated with a degree in chemistry, he worked for about 10 years with a fishing net manufacturing company. Subsequently, he joined a project management company involved in building factories.

That was when he got the spark for a new business that would change his career.

“I learnt about the potential of cutting tools used in industries and saw the opportunity of starting a business that distributed these cutting tools,” Khoo remembers.

With the help of three shareholders, he started Herroz (which today has become a subsidiary that distributes the tools that HPMT Industries makes) in 1979. He hired five workers and opened an office in SS2, Petaling Jaya to distribute branded products from Europe and Japan. There was a lot of learning to do in those early days. Khoo and his team also had to do a lot of convincing in their dealings with clients and suppliers. 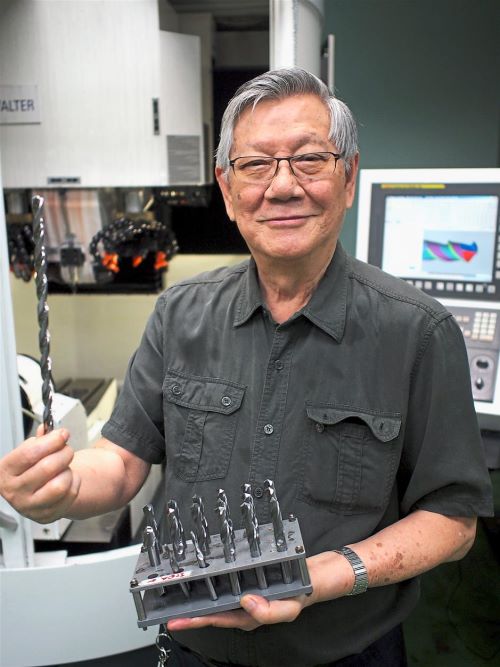 ‘‘We are focused on producing high-performance cutting tools right from the start,’’ says Khoo.

“But I managed to convince the suppliers to provide us credit terms, and the clients to purchase the products from us,” he says.

According to Khoo, they had to continuously improve their technical knowledge so as to be well-versed about which tool was best for cutting which material and the optimum speed for operating a particular cutting tool. He says you have to listen carefully to assess your clients’ needs, and you must be sincere in advising them.

Khoo reveals that the idea of becoming a manufacturer never occurred to him for a long time as the business was running smoothly with two steady suppliers and over 100 regular customers. He was mostly kept busy and contented during this period.

But then he started to run into problems with the suppliers. They could not provide him the products quickly enough. Sometimes, it took up to 14 weeks for an order to arrive!

“We felt the manufacturers were not very focused on the Asian region, hence we thought there was an opportunity for us to manufacture our own,” he says.

This, of course, was easier said than done. The biggest challenge Khoo faced was the scarcity of talent in this area. But he was not daunted.

“As an entrepreneur, problems should not be in your vocabulary. There is only solutions,” he laughs. 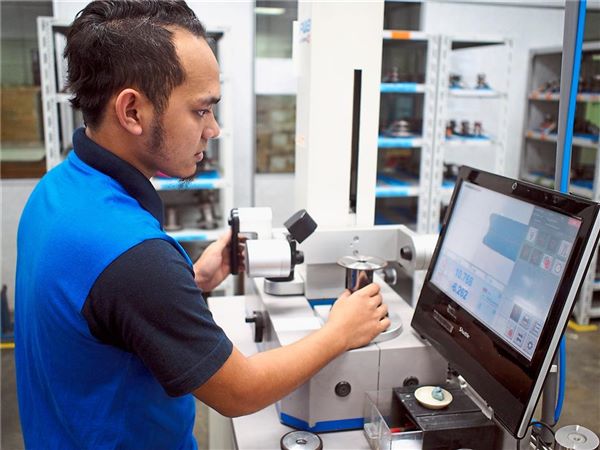 Khoo says human capital is vital for growth so the company keeps the workers engaged and maps out their career development path.

Khoo started by scouting for talent in Germany to see if he could not entice skilled workers to join him in setting up a new company in Malaysia. But there were no takers. The people he approached were comfortable with their positions and had no wish to leave for something seen as risky.

It seems Khoo had his work cut out for him. He had bet RM500,000 in setting up HPMT Industries in 1996 at Bandar Sunway, Petaling Jaya with three workers, and it was looking increasingly like a long shot. He was 53 then, and he remembers people laughing at him for taking on such a challenge.

But he took it in his strides and built up the new business step by step.

“We started by training workers and also offering refurbishing services for the cutting tools. And when the Asian financial crisis hit, talents from Singapore started to join us,” he relates.

As much as he likes a challenge, Khoo says one must be careful not to over-reach.

“In business, cash-flow is vital and keeping a tight check on the inventory is vital,” he advises.

“Even when I see that there is money in the company, I don’t use it. I think like an employee in that sense,” he laughs. 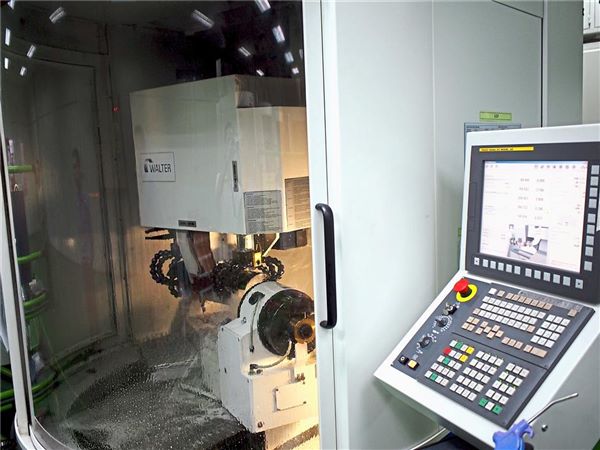 Most of the machines can run independently.

Two years later in 1998, they were finally able to produce their own tools after a lot of investment in training the staff. The cutting tools included those used for milling, drilling as well as customised ones used in industries like aviation, oil and gas, automotive and healthcare. Now that he had the expertise, the question was how to scale up the business.

The answer: Rather quickly.

In the space of two years, HPMT Industries was exporting over 20,000 different cutting tools to over 35 countries, including Germany, Japan and Italy.

This was down to Khoo’s willingness to take up a challenge when an opportunity presents itself. Back in 1981, one of Khoo’s suppliers had asked him to help build a network of distributors in Taiwan, Hong Kong, Indonesia, Singapore and other countries in the region. This wasn’t something Khoo specialised in, but he decided that it was a good opportunity for him to expand his own network, so he said yes and got the job done.

The contacts made during this time came in very handy when Khoo became a manufacturer. He tapped into the same network of distributors to help him move HPMT’s products. He also used his earlier company, Herroz, as a distributing arm.

Talk about all the planets being aligned!

But luck alone is never enough in building a successful business. The team worked hard to ensure that they produced cutting tools that met international standards. There’s nothing lucky about quality, that’s for sure. 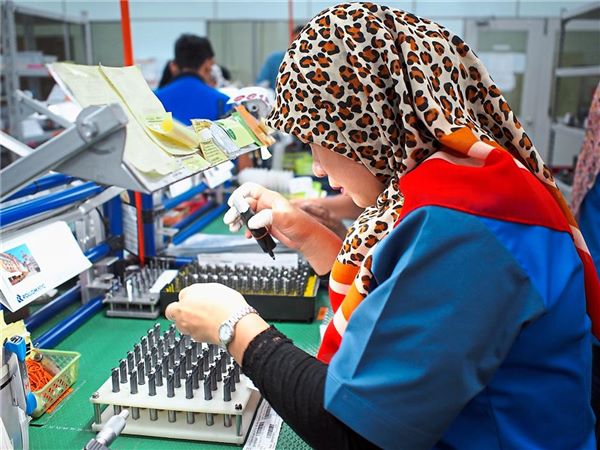 Quality control is vital at every stage of the manufacturing process.

As the demand grew for the company’s products, they expanded their manufacturing plant in 2004 to the current three-acre set-up in Shah Alam.

Khoo invested in over 50 computer numerical control (CNC) machines — what he called the “Porshes and Ferraris” of the manufacturing world. This was an important factor in the company’s success. The other, perhaps more crucial one, would be nurturing and retaining talent.

“We keep them engaged, mapping out their career development path. Human capital is vital for the growth of the company as the accumulated experience can be very useful,” he says.

HPMT Industries has a staff of 180, and it is continuing to invest in R&D to create new tools. On average, 50 to 60 new cutting tools are created in a single year to meet the growing needs of various industries.

“We are focused on producing high-performance cutting tools right from the start. Each tool can take nine to 18 months to create,” Khoo says.

Although he has put in place a new generation of professional managers to run the business. Khoo is still looking at the strategic directions of the company,

“What keeps me going is still seeing the happy customers — the fact that our products have increased their productivity,” he beams. 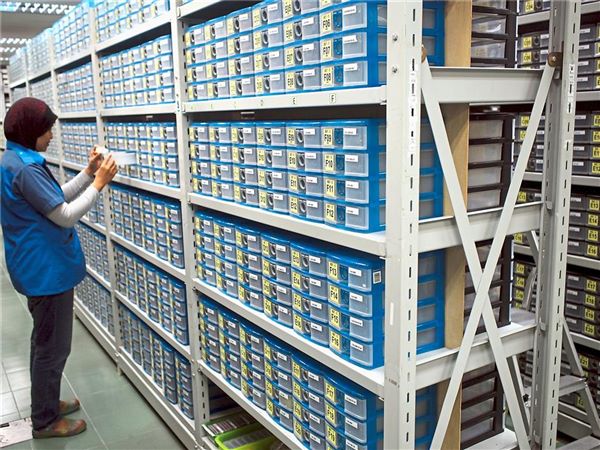 The company makes and exports over 20,000 different cutting tools to more than 35 countries.

Subscribe to Our Newsletter to get Important News, Amazing Offers & Inside Scoops: